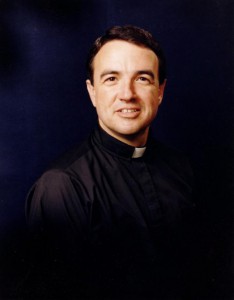 “you just have to get it-

Or, one can study and work for 30 or 40 years to really ‘get it.’  It’s a “beautiful career” according to Panikkar- see below.

To produce his Surreal, Abstract and Expressionist art, Father Frost gained competence in the making of poems and paintings, then the Western Traditions of Spirituality- Christian Mysticism, and over the same 60 years, Mahayana Tantra and Shamanistic Animism-  as Holy-Lander Pilgrim/Picaro himself. (See www.nepsis.com:  THE NEPSIS FOUNDATION: Cycle One, Letter to a Bishop.)

“These paintings are rare treasures:”

Many other such commendations are extant, gallery/museum exhibits and there were a number of public works and environments- But these are among works, whole locales, mysteriously destroyed or disappeared- “Mysticism has a dark side, Frost said, I have not avoided its challenges.”  (See www.nepsis.com:  THE NEPSIS FOUNDATION: Cycle One, Letter to a Bishop.)”

In 1975, Frost commenced a project of religious studies that entailed living in three Catholic monasteries and later stays in Byzantine and Tantric Buddhist monasteries. These ‘studies’ included long, arduous pilgrimage as well as many other traditional yogic and shamanistic practices- Two years on Navajo and Pueblo reservations and many repeat visits to friends and locales there.

Frost’s paintings, drawings, and sculptures are artifacts of encounter with the other world that invite the viewer into the experience. As well, these works reflect a postmodern sensibility that charts a conscientious course through religious experience, study, art, the paranormal and scientific thought.

Following ordination as a Catholic priest in 1984 which included five years of theological, scriptural, spiritual and pastoral training, Frost completed a series of pastoral assignments in Southern California. This involved Skid Row in Los Angeles, an African American parish in South Central Los Angeles, an affluent parish in Huntington Beach, and a barrio parish in Santa Ana, California. During this period, a 40′ public mural in Southern California by Frost received national media coverage by more than a dozen newspaper and TV news programs, with caravans of interested people driving past this as yet unfinished mural.

While receiving the thrifty attention, at first, of private collectors, Frost has also studied with some of the top philosophers and theologians of the world, including advanced religious studies in aesthetics (the Tantric Mandala) at the cultural and political center of His Holiness the Dalai Lama in India, among others.

Painting and sculpture for Frost has been a mode of access to both understand and explore otherwise ineffable topics. Dr. Frost has been editor of two ECAI projects at the University of California, Berkeley. THE NEPSIS FOUNDATION, an oracular composition of essays, thesis, stories, novels, paintings, and poems, is being prepared at this time for submission as an interdisciplinary project at the University of California, Berkeley’s Electronic Cultural Atlas Initiative.

RELIGION AND THE ARTS

2015  Exhibit of Frost paintings at Christ Cathedral, (formerly the famous Chrystal Cathedral), Diocese of Orange, CA- ‘ almost the only architecture in Southern California worthy of the History of Art.’ (ART: A NEW HISTORY, Johnson)

2012 Frost asked to contribute to the creation a new Dictionary of Annotations at University of California, Berkeley.

2010 ECAI at the University of California, Berkeley publishes an electronic archive of Frost opus: THE NEPSIS FOUNDATION.

2008-2013 ‘Artist in Residence,’ Christ in the Desert Benedictine Monastery near Abiquiu, New Mexico.

2000-07 Withdrew into the deserts of Southwestern U.S. Painted a series of ‘Nile and Siwa’ acrylic paintings: About 40 paintings. Sculpted a large head treating the idea of the Son of God—inspired by Alexander at Siwa. (An idea later embraced by the Lord Christ himself against the stern counsels of his own religious tradition.) Completed a collection of short fiction, four novels, and the concluding integration of the Nepsis project at UCB entitled THE NEPSIS FOUNDATION, ORACLE OF XIBALBA in 2007.

1997 Ph.D. Dissertation nominated to be published by the American Academy of Religion.

1996-99 Mural, “WHO TOLD YOU YOU WERE NAKED: THEOPOEISIS, A New Innocence” Oil on Canvas, 12′ x 8′ Sonoma State University Newman Hall- Center image of a triptych including, “MOTHER OF CONSOLATIONS” on the left and “REALIZATION, Road to Emmaus,” on the right- both 8′ X 6′.

1996 Oil on Canvas, CRUCIFIX WITH ANTLERS, chosen to illustrate the Good Friday page in the Church of Christ Illustrated Lectionary.

1987- Artist-in-Residence, St. Luke’s Episcopal Church, Long Beach, Ca. This award lasted for one year. Began a series of prose fiction that has produced a collection of short fiction, four novels, and the continued integration of the Nepsis project at UCB.

1986 Exterior Mural 40′ x 20′. Santa Ana, California. This work and events connected with it were covered by many newspapers, radio and TV stations nationwide.

1984 Ordained a Roman Catholic Deacon- and Priest on the Vigil of Pentecost.

1970- I hitch-hiked around the perimeter of the continental United States.  This commenced what became a religious ‘practice’ for 25 years- including vowed commitments to prayer and service (…goodness, truth and beauty).

1949- 1970  Frost lived with parents on 44 acres in San Francisquito Canyon which feeds into Santa Clarita Valley north of Los Angeles, California- before it became as it is now, literally the northern edge of the ‘development’ of southern California and urban sprawl.  It was here that Frost was exposed for 20 years to what he later describes in terms of the Genius Loci, Dragons of Being, localization of Grace, or the animate, psyche of Nature. This is the basis of his sense of aesthetics, theology and asceticism developed later.